There is no doubt that the stock market was extremely oversold before last week’s rally. Usually when that happens, a “rubber-band-effect” rebound takes place. So, what’s next? Will the rally continue or will it run out of gas? Should we expect a test of the March lows? We don’t have a clear answer, but here are some facts and technical perspectives to assist those without a plan.

Sector leadership on Thursday’s rally was on utilities, real estate, healthcare and consumer staples—all four defensive sectors. Relatively speaking, defensive sectors performed better during Friday’s selloff than the leading sectors of the economy. Neither of these two scenarios is ideal for a sustainable rally. (Negative Fact)

Volatility remains stubbornly high and above 60, which in our view, is an indication that investors are nervous. (Negative Fact)

Credit spreads between high yield bonds and the 10 Year U.S. Treasury Note are still widening. Usually, credit markets anticipate a recovery before equity markets do. The widening of credit spreads is not a positive indication of an economic recovery yet. Furthermore, a decent amount of companies in the energy sector are issuers of high yield debt. Oil at or around $20/b is not a great help for those companies. On the contrary, if some of those issuers start defaulting on their debt, a domino effect can spread quickly within the energy sector and others, like financials. This would create a crisis in addition to the current COVID-19 crisis.

From a technical perspective: 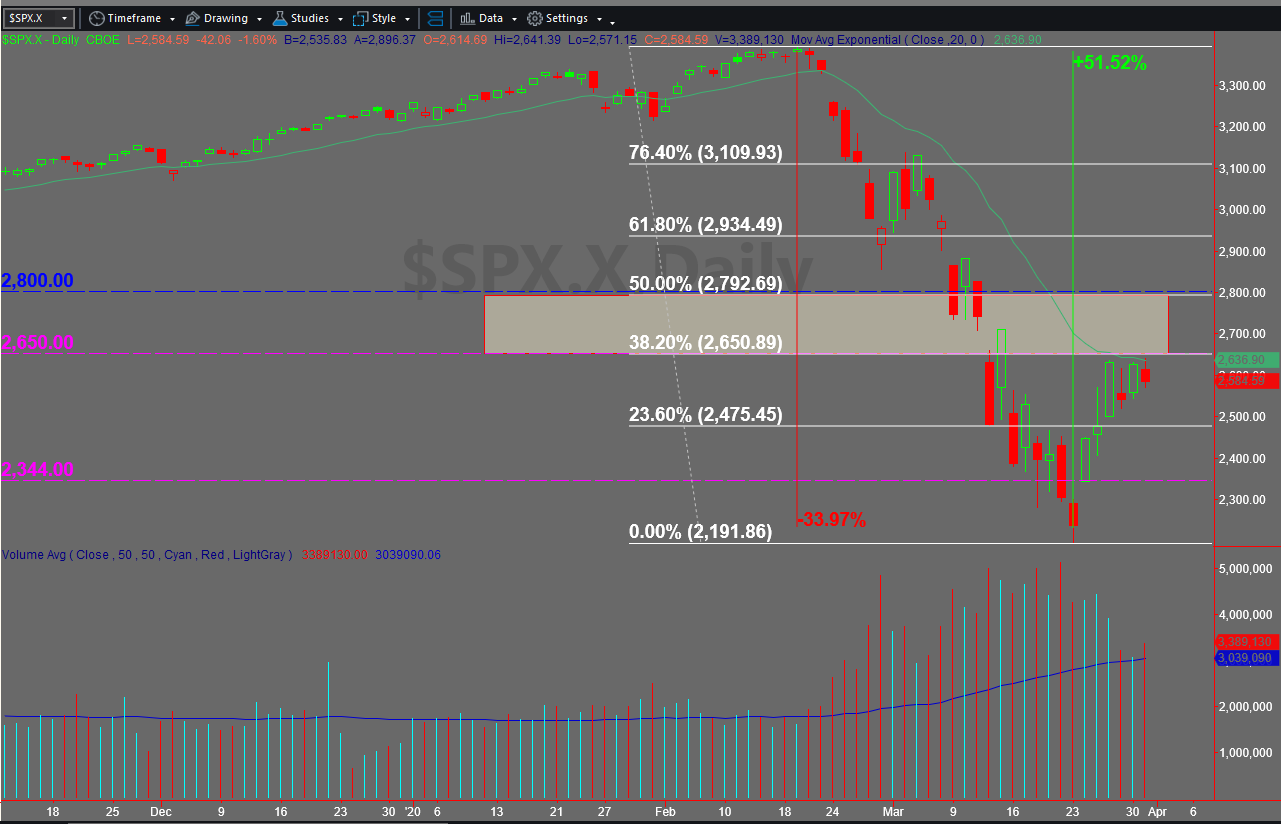