Gaining Perspective after the Selloff 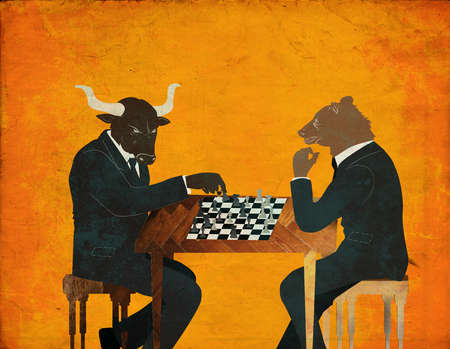 Our market analysis process starts by assuming that financial markets are neither linear nor rational, despite old school theories arguing otherwise. Therefore, the market is not efficient. Today, Monday 5th was the perfect example of irrational market behavior. Let’s put today’s market action into rational context.

Awful day, no doubt about it: Dow -4.6%, S&P500 -4.1%, Nasdaq Composite -3.78% and Russell 2000 -3.63%. The former three on increasing volume. To make matters worse, the CBOE Volatility Index (VIX) closed above 37 after opening at 18.44. Big move on the VIX with increasing volume on the indices is not good. As I mentioned before: volume up + volatility up = bad for stocks. The good news is that oversold readings are starting to appear and some are deeper than others.

Although it is impossible to say for how long a correction or pull back may last or how deep it may go, putting it all together, there is potential for the uptrend to continue. I have mentioned in the past that what moves the financial markets are the perception of GDP, inflation and monetary policy as dictated by the Federal Reserve. Being rational means analyzing the evidence of positives and negatives for the economy.

Positive: (i) Strong economic momentum as determined by sales and EPS growth. When growth accelerates, P/E expands. The economic data shows that GDP growth is healthy, but not yet inflationary. (ii) Tax reform is proven to be another positive effect for the economy. (iii) Lower regulation and a much friendlier environment for businesses too.

Negative: (i) Expensive valuations. Not an issue for me because expensive can get more expensive when the economy accelerates and P/E expands. Valuation may be a factor after the economy rolls over or the yield curve is inverted like it was in 2000 before the internet bubble burst. The catalyst for the burst was the economy, not valuation. Certainly, when the bear market begun, those stocks with higher P/E were the first ones to blow, which back then were technology, internet and dot.com sectors. (ii) Higher interest rates and the perception that they will go higher is worrying investors. (iii) The Federal Reserve moving too aggressively to control inflation. Yes, at a certain point tightening becomes a problem for stocks. What will make the FED move rates too soon and too high? Inflation, which is still very moderate.

And this is why the most important data to follow is GDP, inflation and monetary policy. GDP is growing, but still moderate whilst inflation is also tame. Therefore, investors should not panic about the FED! At least not yet… Get ready because if economic data changes, I will change my mind sooner than you think.